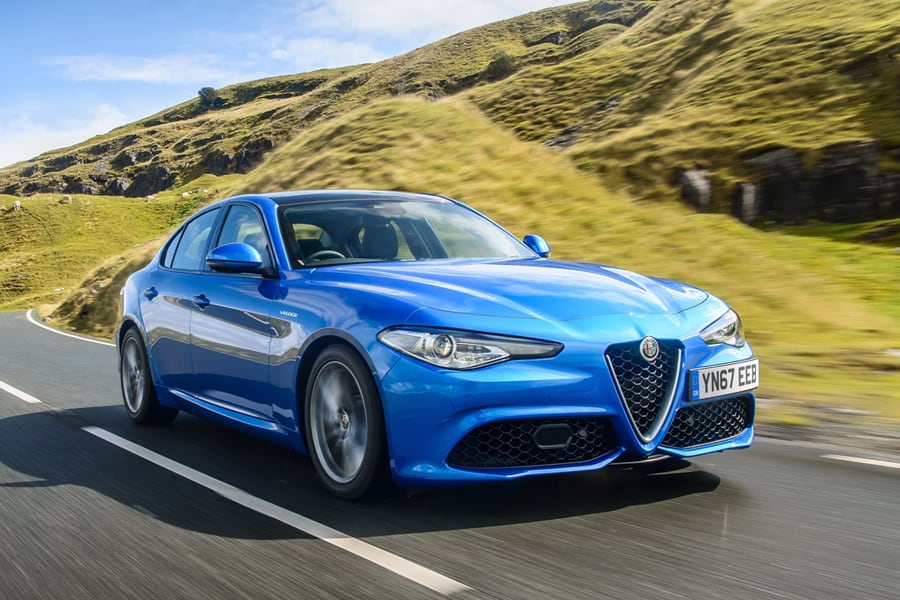 The Alfa Romeo Owners Club UK has a dedicated Register for Giulia (Type 952) owners who are keen to share information and experiences from their daily or weekend driving of this modern and true Alfa Romeo which, after several years from its introduction, still is a benchmark in the D-segment category thanks to its distinctive Italian design and dynamic capabilities.

If you own a diesel or petrol variant of the current generation of Giulia, then join AROC UK and get in touch with the (New) Giulia Registrar to become part of the team and benefit from: access to technical and general info + access to the Forum area dedicated to the Giulia + sharing experiences on the Club Magazine or Newsletter + attend meets & events (including track days).

The current Alfa Romeo Giulia, first unveiled on June 24th 2015 and followed by market launch in early 2016, was the first mass-production Alfa Romeo in over two decades to use a longitudinal rear-wheel drive platform since the 75 that went out of production in 1992.

The Giulia uses a front-engine and rear-wheel-drive layout, featuring a perfect 50-50 front-rear weight distribution and an all-round independent suspension architecture with double-wishbone at the front and multilink at the rear.

The first models that went on sale from February 2016 were the 2.2L MultiJet2 turbo diesel and the 2.9L V6 Twin-Turbo Quadrifoglio Verde; a 2.0L four-cylinder MultiAir2 turbo petrol engine followed soon after.

With the Model Year 2019, the Giulia diesel engine gets updated to meet the Euro 6d emission standards with the introduction of AdBlue technology: 150 PS and 180 PS versions benefit from a power increase of approximately 10 PS.

In addition, the Giulia Quadrifoglio engine was updated to include 6 port injectors, although it retained the same power figures of the previous version without port injectors (510 PS).

On March 2nd 2020, Alfa Romeo launched the GTA and GTAm track-focused variant with a limited and soon sold-out production run of 500 units to celebrate Alfa Romeo’s 110th anniversary and pay tribute to one of the most emblematic Alfa Romeos: the Giulia GTA.

Only minor changes to exterior colours and interior options, so currently in the UK the Giulia range features four trim levels: SPRINT, VELOCE, ESTREMA and QUADRIFOGLIO, all powered by petrol engines.