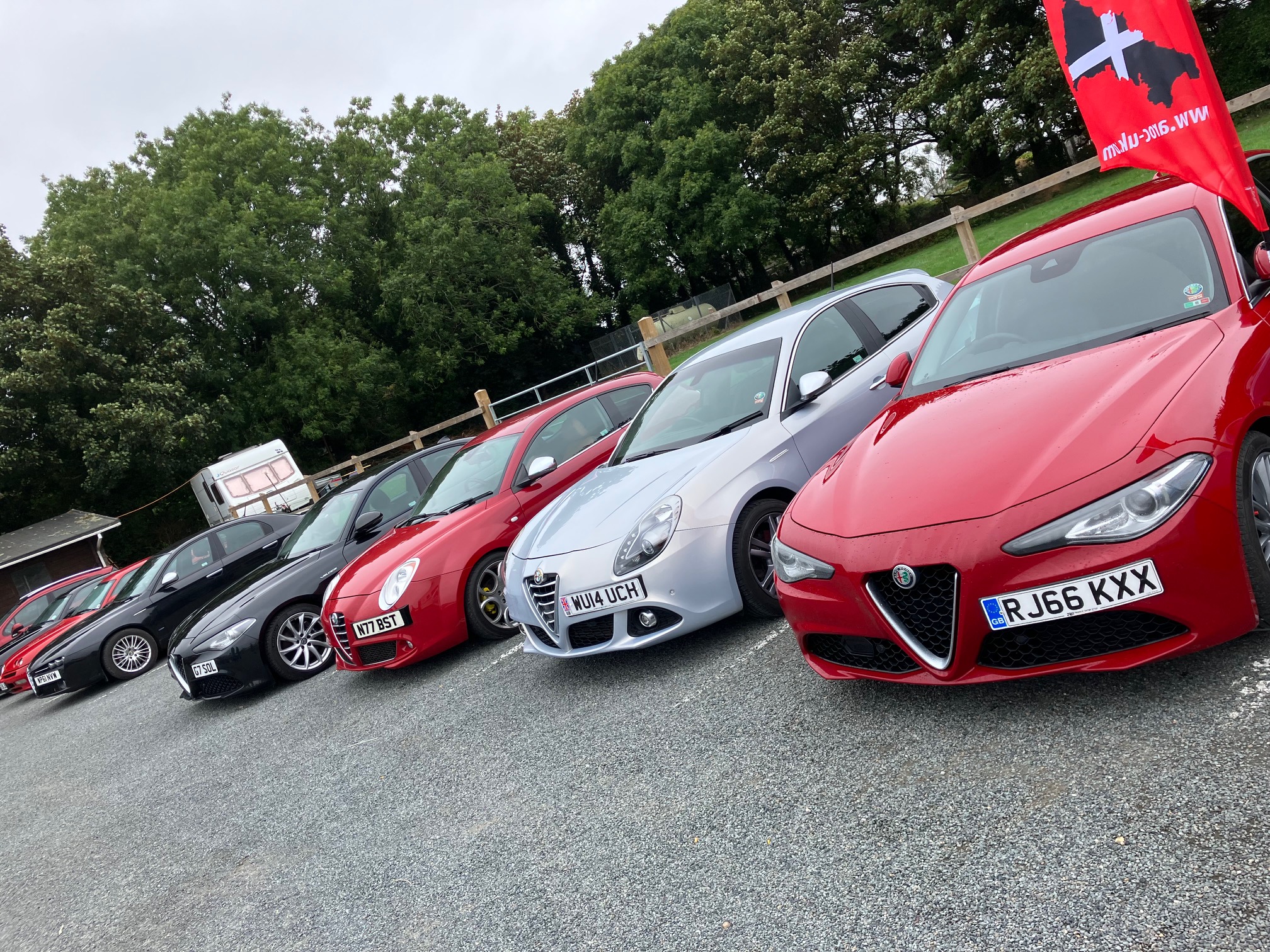 It’s been a busy few months for me down here in Cornwall, but there’s still been time for our monthly meetings. September saw a well attended meeting at The Quintrell Inn near Newquay. Centralised locations have proven to be the most popular since I took up the role of Section Secretary and this meeting did not disappoint with thirteen Alfa Romeos and one very nicely done Fiat Coupe 20V Turbo – courtesy of Celtic Tuning who also brought their Giulia QF and 4C. After admiring each other’s cars and swapping stories most of us headed inside for lunch, but many people remained so engrossed in conversation outside that food passed them by. As many other sections will no doubt see too this meeting saw an increased number of modern Alfa Romeos with five Giulias attending and the oldest car there being a T-reg GTV V6 Busso.

The next month’s meeting at Tintagel Brewery tour saw significantly fewer attendees, despite many members saying they would like to attend events at such a location and during the week. Nevertheless, Mo, Lisa and myself enjoyed the video tour, chatting to the brewer about the setup of their small brewery and the tasters afterwards. We all agreed that Caliburn, a chocolate spiced, strong dark ale was the best of the bunch and stocked up at the shop before we left. Tintagel Brewery ales are not readily available across Cornwall but I can certainly say they are worth trying if you find one.

The end of the Summer saw the conclusion of our photo competition. Thank you to those who did take part and a huge thank you to Helena Barnett who visited almost 30 of the selected locations right across the county from Land’s End to the Torpoint Ferry and as far North as the Bude Tunnel – a great effort! Congratulations too to Stephen Judd who was awarded with 2nd place in the AROC photography competition, beating entrants from all over the country with a superb photo of his 4C (scroll down for photo).